The Collection of Roberto Lodi: an auction by Pandolfini on 21 April 2016

ROBERTO LODI: A LIFE IN FRAMES

My introduction to antique frames occurred in the distant past, and through a complete accident. In the spring of 1962 I had the opportunity and great privilege of becoming acquainted with Ardengo Soffici; I was introduced by a mutual acquaintance, Mino Maccari, another great interpreter of 20th century art. At the time of this meeting, the Master bought from me some antique French engravings and drawings, as well as a beautiful painting, one of the variants of the Casa del Berna, not large but truly beautiful.

On this occasion he gave me a copy of his poetry, Elegia dell’Ambra of 1927, illustrated with seven original woodcuts, and kindly inscribed it. It was an educational afternoon and his advice to me wasn’t wasted. He watched me with a serious expression, curious as to why a young man, little more than an adolescent, would care about an art form which was still of little general interest. Perhaps my answer satisfied him, since his stern expression was replaced by a smile.

We talked a lot about his experience in Paris, and his emotional and artistic relationship with Alexandra Exter, by whom I owned a superb piece of art. He offered me some tea – I don’t remember what kind, but it was better than anything I’d ever tasted. At the time I had just started my collection of 20th century avant-garde works: the Russian avant-garde, Italian Futurism and German Expressionism. In all of these the sense of experimentation was tangible; these works, executed with such speed and clarity (mostly on paper), illuminated the moment which closes one era and opens another – no longer form but the generation of a form, in an emotional context which moves from reality to the spiritual, from the external and visible to a new mode of perception, towards the inner depths of being.

It was Soffici who gave me some advice which I never forgot. He suggested that I frame these vividly colourful contemporary works in antique Tuscan cassetta frames, preferably parcel-gilt and black; I did, and the result was stupendous. They brought out the colours as if lit by a new dawn, giving them a glamour which raised them to the rank they deserved. This marriage of ancient and modern revealed the umbilical cord which links works of art across all periods. One day, during my continuing search for the ever more rare cassetta, when I was visiting a collector from Biella who later became one of my major suppliers, he invited me with an air of mystery to follow him into a small room. He told me that he only took his friends into this inner sanctum – and there, in that cramped and dusty room, I discovered for the first time the antique frame in its most majestic form. 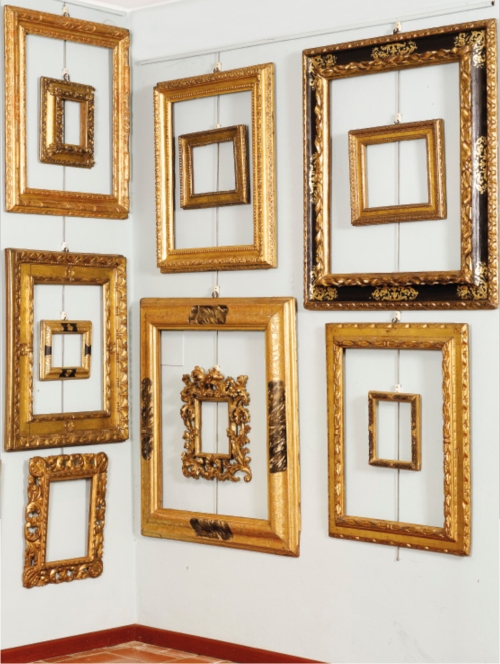 It was a Renaissance piece which today would be the envy of many dealers and collectors: a cassetta, the frieze decorated with gilded grotesques on a blue ground, with carved heads in the corners turned inwards, as the artist would have requested, in an expression of wonder for the painted work they had once surrounded. Their faces were rapt with awe; so indeed was mine. I would never know what painting this marvellous frame was designed for, nor was I curious to find out: my senses were satisfied. A new world was opened to me: I discovered the frame as sculptural work, autonomous in its shining beauty.

I purchased this frame for a sum which was very high at the time, and especially for my meagre pocket, but it was the foundation of a second collection which continued to grow throughout my life. My search for new pieces became obsessive and systematic; I attended all the appropriate fairs and antique markets, which were rare, but rich in discoveries. I got up at unthinkable hours to be among the first to see frames which came from every region of Italy. The tribulations of travel and sleeplessness were always rewarded; there were many rare and beautiful specimens, and I was able to choose from the best. 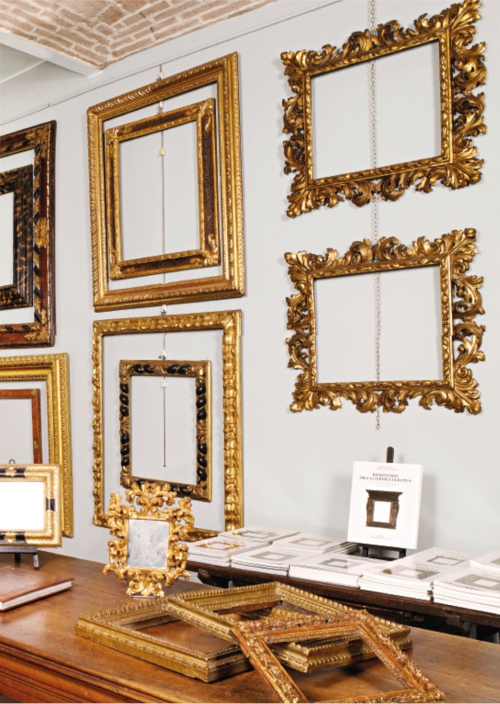 This was a pleasure which maintained the same degree of enthusiasm for me from youth to age, as long as opportunity allowed me to specialize in antique frames. I never stopped exploring every Italian style, but I also started to investigate frames from other countries: French, Flemish and Spanish, as well as a few examples of German and English patterns. I was also interested in ascertaining the different time-scale over which the Renaissance style appeared in various countries. In the Netherlands, for example, it seemed to arrive along with the Baroque, and it is not uncommon to find aedicules there with Baroque decoration; whilst it arrived a century earlier in France, thanks to those two Italian artists, Rosso Fiorentino and Primaticcio, who devoted themselves to decorating the palace of Fontainebleau.

During my investigations into the patterns and styles originating in different regions, I came to appreciate the influence that various craftsmen had each other, producing curious and intriguing specimens. Knowledge and experimentation have always been the at the heart of innovation, along with curiosity and the humility to learn, in the search for beauty. One day the dealer whom I mentioned above gave me the idea of publishing my collection in a specialist catalogue, along with technical descriptions and critical comments; this opened up a great new opportunity. The whole world suddenly ‘turned up’ in my gallery in Modena. The provinces, as you know, are poorly-off and won’t pay sensible prices, but suddenly everything changed. The continuing demand led me to be daring in my quest for the most beautiful pieces; the cost suddenly became of secondary importance – beauty was the imperative. The satisfaction of producing the catalogues was also enhanced when I learnt that they too had become collectibles. 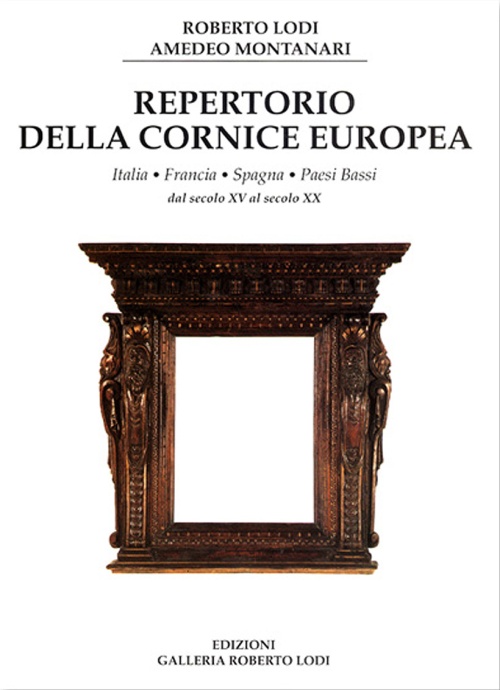 Publication ended with the eighth catalogue; the supply of frames appeared gradually to be running out, and there were decreasingly fewer good specimens which were worth including in a catalogue. In the spring of 2000 I started writing my book, Repertorio della cornice Europea; it was published in the autumn of 2003, in collaboration with my late friend and colleague Amedeo Montanari. Its success was beyond all expectation, and encouraged me to print a second edition. I think that I can say, thanks to all the messages I’ve received, that there isn’t a museum in the world that does not need to consult it. On 30 June 2015 I closed my business; something which is bound to happen when there is no one to leave it to. From today I will be occupied with more cataloguing, and the possible publication of Italian and foreign collections; this will begin a new commitment and with it, a new adventure . 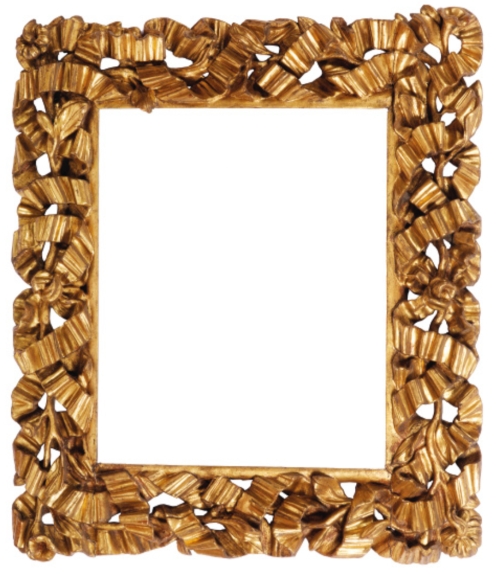 8 Comments to “The Collection of Roberto Lodi: an auction by Pandolfini on 21 April 2016”